The dashboard gives you a great overview about how you're doing with Messenger Marketing (and even more!). The graphs help you analyzing your current traction to get things going. 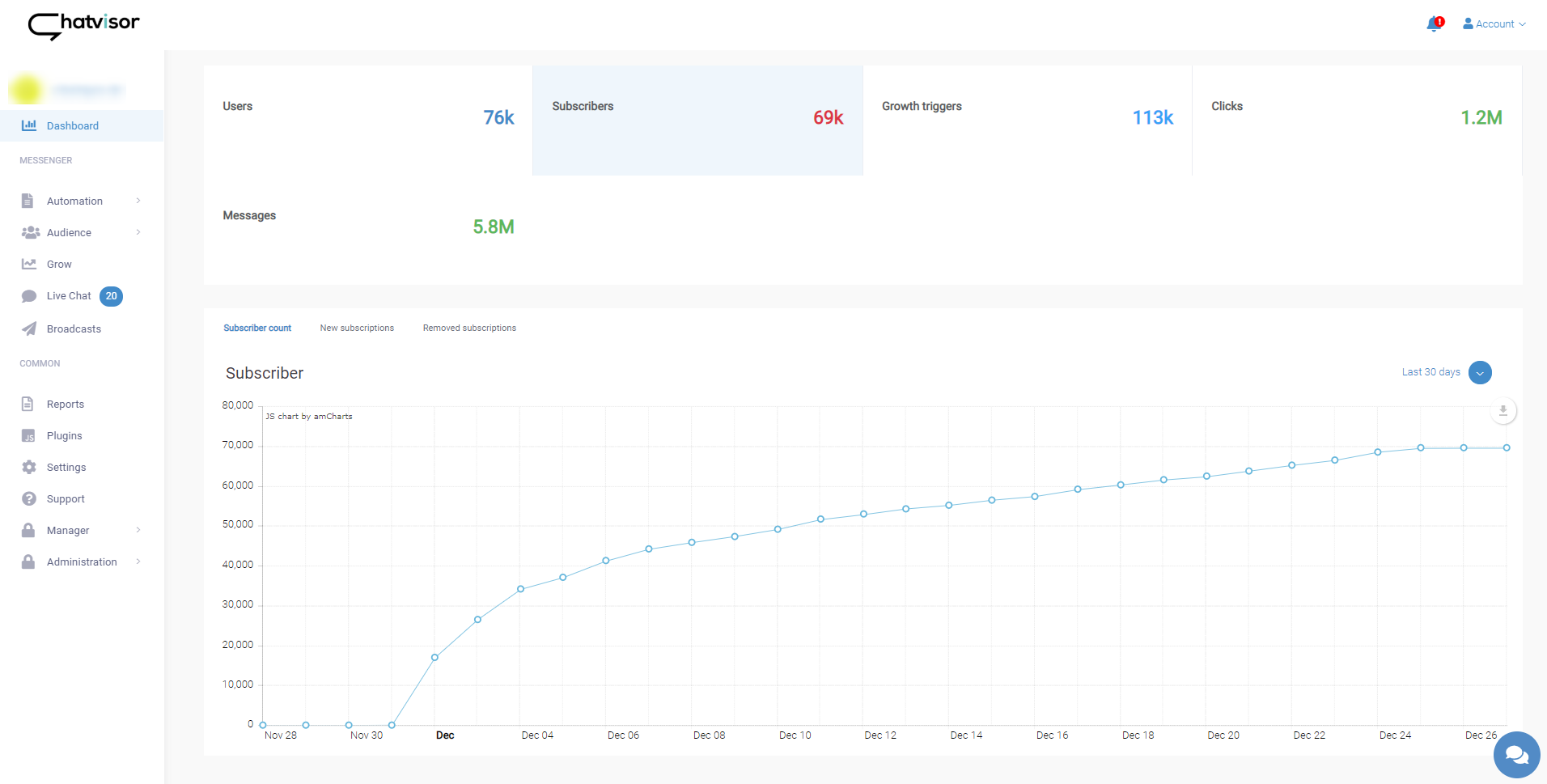 Let's dive into each metric:

"Users" describes the number of unique users that came in touch with your Messenger channel (since/while Chatvisor is active). Every person that sends you a message or interacts with a growth tool for the first time will be accounted in the total number.
By default the graph shows the number of new users per day. You can also switch to user language to see what language my Messenger community is speaking. (the language users are using Facebook with will be considered)

"Subscribers" is the number of users that successfully opted in to receive messages from you.
By default the graph shows the total count of subscribers and its development. You can also switch to "new subscriptions" and "removed subscriptions" per day.

"Growth triggers" is the total number of times growth tools were triggered by users. Whenever a comment watcher sent a message, a "Send to Messenger" button was clicked, a Messenger code was scanned, ... this number increases.
By default the graph shows the number of growth triggers per day. Alternatively you can choose to see your "Top Growth Tools" to see what worked best for you.

In case you activated cognitive services (in "Settings > General") Chatvisor monitors the sentiment of your Facebook community. The calculation takes all kind of user interactions into account: 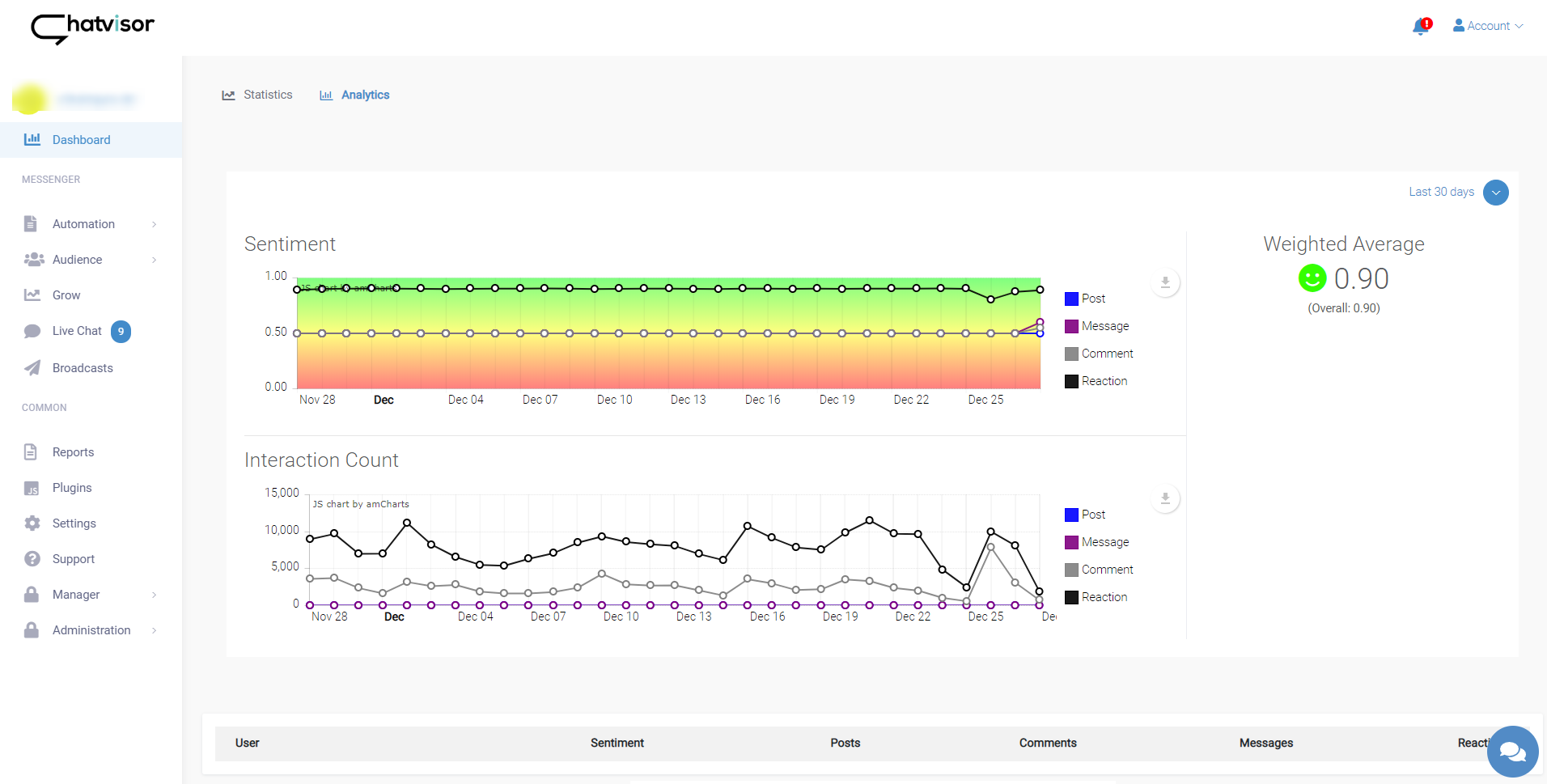 The aggregated interactions will be combined into a sentiment score. This gives you an instant evaluation about how your community is feeling about you.